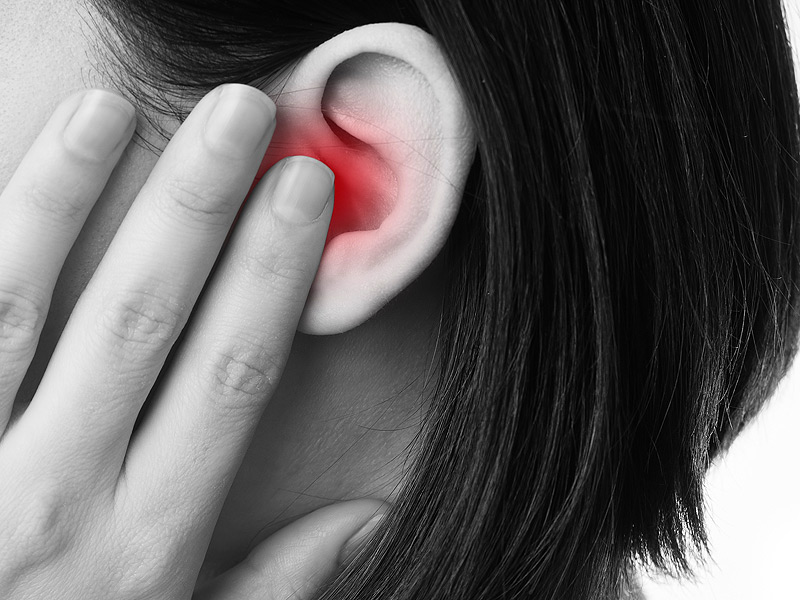 Otitis externa, also called swimmer’s ear, is an inflammation of the ear canal. It often presents with ear pain, swelling of the ear canal, and occasionally decreased hearing. Typically there is pain with movement of the outer ear. A high fever is typically not present except in severe cases.

It’s often brought on by water that remains in your ear after swimming, creating a moist environment that aids bacterial growth.

Putting fingers, cotton swabs or other objects in your ears also can lead to swimmer’s ear by damaging the thin layer of skin lining your ear canal.

The most common cause of this infection is bacteria invading the skin inside your ear canal. Usually you can treat swimmer’s ear with eardrops. Prompt treatment can help prevent complications and more-serious infections.

Swimmer’s ear symptoms are usually mild at first, but they may get worse if your infection isn’t treated or spreads. Doctors often classify swimmer’s ear according to mild, moderate and advanced stages of progression.

When to see a doctor

Contact your doctor if you’re experiencing any signs or symptoms of swimmer’s ear, even if they’re mild.

Call your doctor immediately or visit the emergency room if you have:

Any cookies that may not be particularly necessary for the website to function and is used specifically to collect user personal data via analytics, ads, other embedded contents are termed as non-necessary cookies. It is mandatory to procure user consent prior to running these cookies on your website.